There is something magical about dinner parties. I love hosting people and connecting over food and drinks. This was particularly true when we recently had friends over for a Middle Eastern themed dinner party to try serving some of the Lebanese comfort food that my husband grew up with as a child. With Middle Eastern food front and centre in the Toronto food scene right now (think Byblos and Fat Pasha), it’s fun introducing people to a new side of Middle Eastern cooking.

After years of hovering around my in-laws kitchens taking notes (occasionally translated right from an Arabic cookbook), and my husband diligently tasting every single item that has  ever come out of his Mom’s kitchen, we were finally ready to introduce others to the hidden world of traditional Lebanese food.

But first things first – decor! I think most people know by now that this is my favourite part of hosting a dinner party. I love using colours, fabrics and lighting to reflect a theme. That being said, I was actually pretty stumped when it came to decor for this occasion. Cedar trees? Green, red and white themed? It all seemed forced. Eventually, I decided to forego the themed direction in exchange for bright colours and patterns with elegant candle lighting. This to me is a reflection of the vibrant Lebanese culture.

We decided to use appetizers as a way to taste bite-sized versions of the most classic foods.

Truth be told, by the time we made it through appetizers there was little room left for dinner. But, alas, we were troopers and persevered!

For an entree, we settled on Molokhia – a dish that I’d never heard of before meeting my husband, and haven’t seen at a restaurant since. In essence, it’s a four part dish that is assembled at the table, consisting of toasted pita, rice, a stewed vegetable called Molokhia, and a vinegar and onion sauce. With literally half of the dishing being carbs on carbs, it is the quintessential comfort food. Not to worry adventurous eaters, recipe coming soon!

For a vegetable side dish, I highly recommend Fattoush, which most people have likely had. It is very healthy and delicious in it’s own right – it actually makes a wonderful lunch.

And of course, it almost goes without saying, there was lots of hummus on hand. Two types actually. And enough for guests to take some home. We can probably all guess who was in charge of the hummus…

And that takes us to dessert. This is where I copped out a bit… or left it to the experts. Depends on who you ask. But seriously, there are so many amazing Lebanese desserts that it would almost be a disservice not to offer our guests all of them! The Middle Eastern pastry store saved the day, and all was well.

Photo courtesy of the Madski’s

Photo courtesy of the Madski’s

I believe that our biggest regrets are for the chances that we don’t take. Above all, I believe that people are intrinsically good and that we are the sum of the people we surround ourselves with. View all posts by Ashley Barby 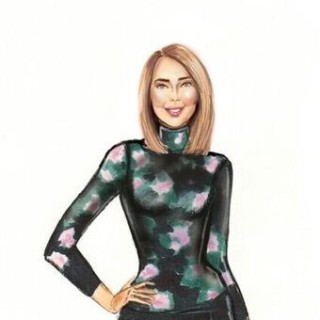 I believe that our biggest regrets are for the chances that we don’t take. Above all, I believe that people are intrinsically good and that we are the sum of the people we surround ourselves with.

When we moved to Toronto six years ago I was over the moon with the opportunity to further pursue my career ambitions. I never expected to eventually make monthly trips to city hall to sit on the Fashion Industry Advisory Board and work on strategies to promote and grow the city’s fashion industry. It’s exciting to see where new adventures will lead. 👩🏼‍💻✨ #toronto #fashiontechto
Kicking off 2020 doing one of my favourite things! ✨Two years later and heading into event number 10! Where does the time go!? 😬#fashiontechto
New Decade New Adventure 👨‍👩‍👦 Mini Ferzoli-Barby arriving this April 🥰 #babytime #thentherewere3
A very Barby Christmas 🎄 Merry Christmas from our family to yours 🥰
%d bloggers like this: